The Astana Ballet Theatre has completed its eighth theatrical season

The eighth theatrical season has ended at the Astana Ballet Theatre. With the assistance of the Ministry of Culture and Sport, the capital’s collective presented 5 high-profile premieres, 3 of which were national. 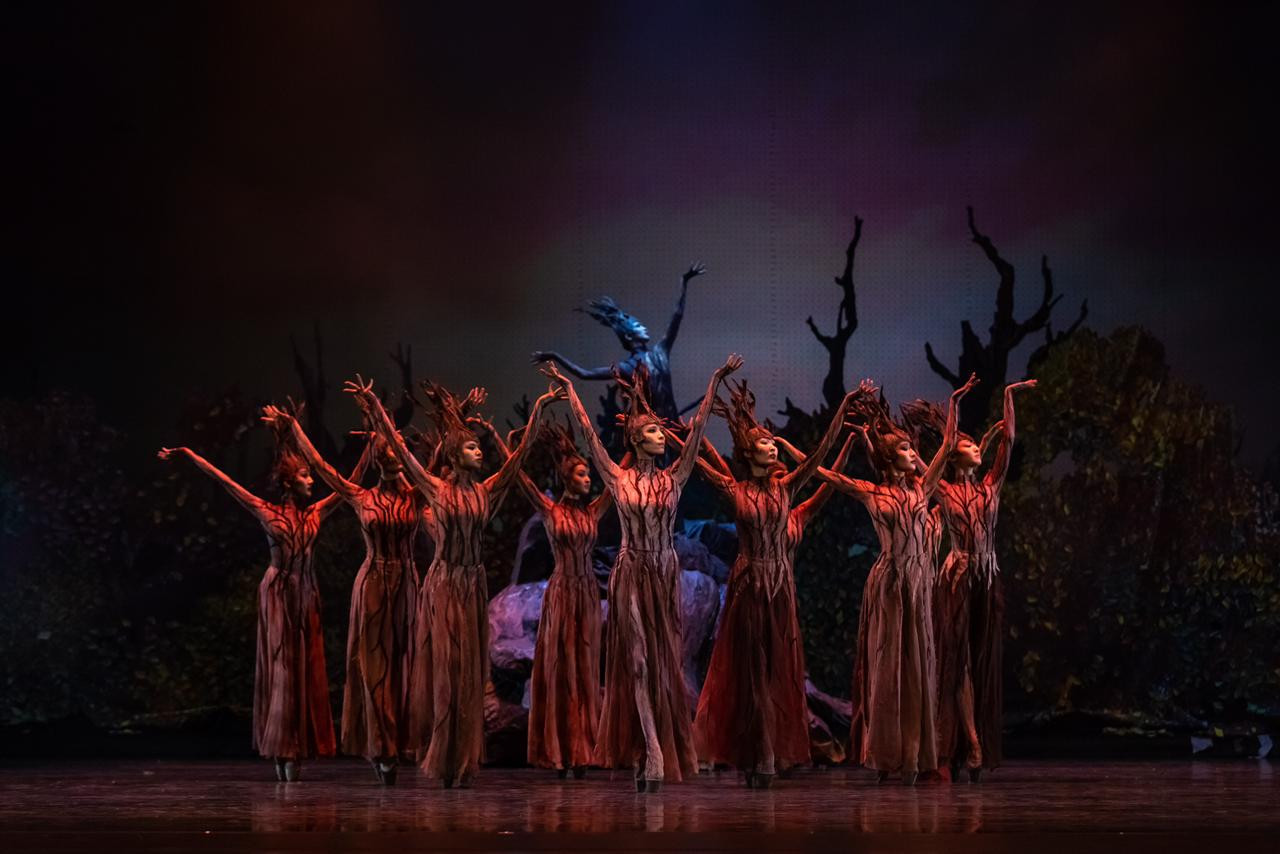 The season began with ten charity concerts for medical workers, organized with the assistance of the Ministry of Culture and Sport, as well as the Ministry of Healthcare. The concert program of the charity evenings included such bright performances as the “Love Fear Loss” one-act ballet and the “Heritage of the Great Steppe” national divertissement, which fully reveals the grace, strength and expression of the Kazakh national dance.

In October, a double premiere took place: for one evening there were presented such one-act ballets as “Longing” (passionate desire) by a guest choreographer of the theatre Ricardo Amarante, and “Instinct” by David Jonathan, that were distinguished by splendid performing techniques, a rave of emotions in plastique, and minimalism in artistic design. 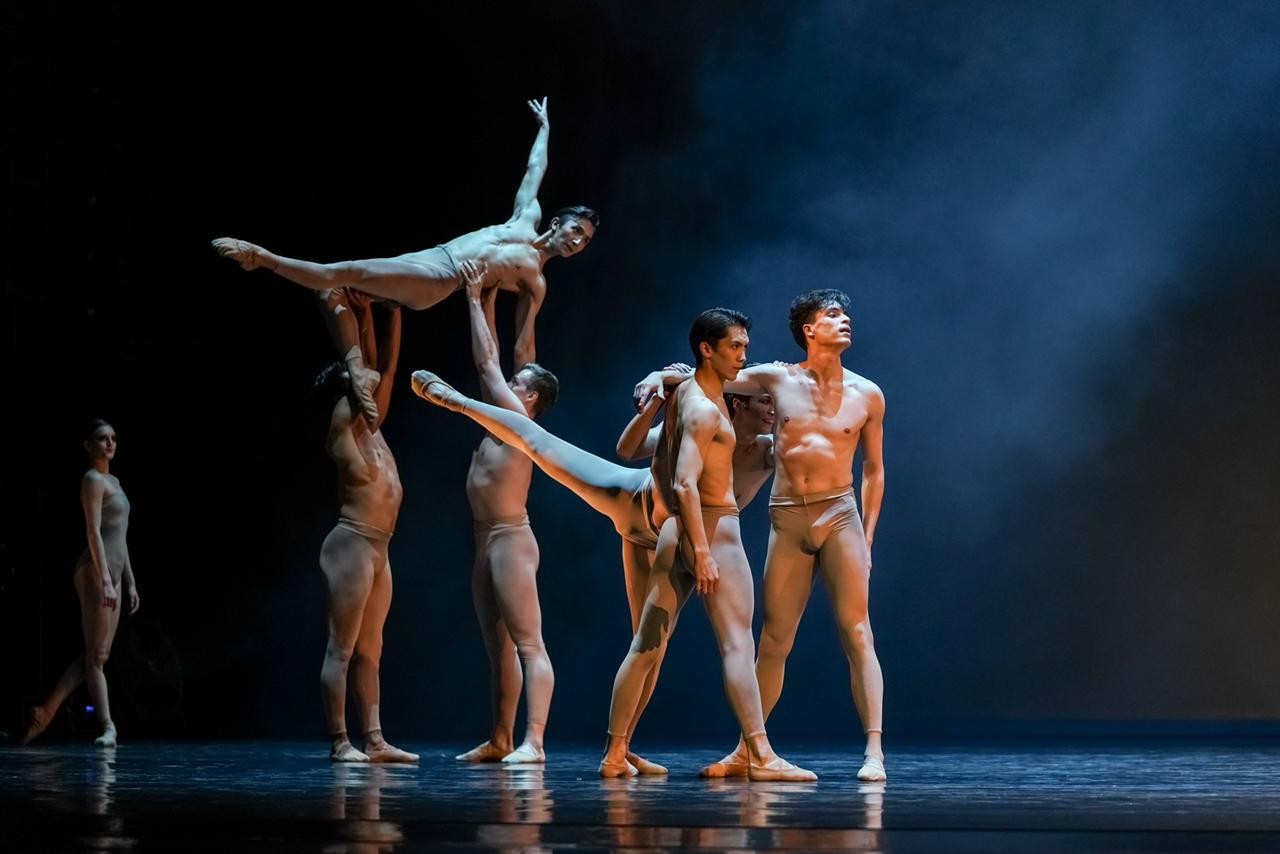 In November, the Astana Ballet Theatre also delighted the audience with two premieres: the “Zheltorangy Turaly Anyz” national ballet (“the Legend of Zheltorangy”) on an environmental theme staged by Kazakhstani choreographer Anvara Sadykova, as well as the “Triumph” divertissement staged by choreographer Ainura Abilgazina to the music of Tchaikovsky.

In December, the long-awaited premiere of the “Sultan Beibars” performance took place. This ballet became outstanding not only due to its choreographic novelty for the ballet art, but also due to simultaneous filming of it, and thus the TV ballet of the same name was presented for the first time in Kazakhstan. 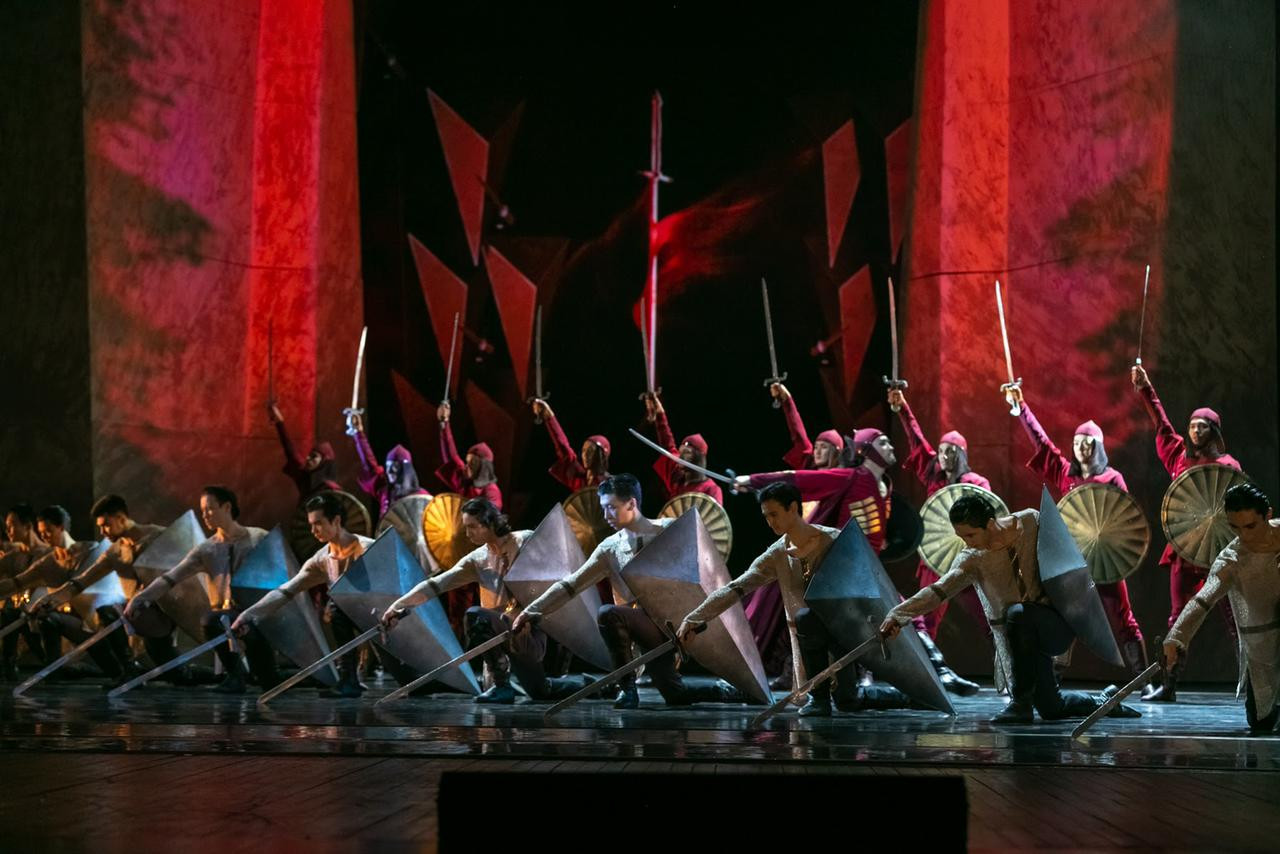 In the run-up to the Independence Day, the deputy director of the Astana Ballet Theatre Dyussembay Mussabekov was awarded with the “Enbek Ardageri” honorary medal (a Veteran of Labour); and the leading soloist of the theatre Dilara Shomayeva was awarded with the “Eren Enbegi Ushin” medal (for Distinguished Labour).

Also, an exclusive streaming broadcaster was created at the end of 2020. Its distinctive feature is the performances in the 360-degree format, which are staged taking into account the work of the dancers for camera. Now, the “Cinderella” two-act ballet by Sergei Prokofiev is available for showing.

In January, Nurlan Kanetov, Honoured Artist of Russia and Tatarstan, the former dean of the Faculty of Choreography of the Kazakh National Academy of Choreography, was designated to the post of artistic director of the Astana Ballet Theatre.

The Astana Ballet Theatre also hosted the performance of one of the most famous ballets in the world – “The Nutcracker” to the music of the famous composer Pyotr Tchaikovsky, the principal parts were performed by the artists of the Mariinsky Theatre - prima ballerina Oxana Skorik and soloist Yevgeny Konovalov.

In March, a grand gala concert was held featuring the brilliant soloists of such leading ballet theatres of the country as the Astana Ballet Theatre, the Astana Opera Theatre and the Kazakh State Academic Theatre of Opera and Ballet, as well as there happened the return of such performances as “Walpurgis Night” and “GAIA” to the stage.

An educational project was also implemented within the framework of the “Children and Theatre” initiative of the state program for the development of education and science for 2020-2025: a series of excursions named the “Secrets of the Backstage” was held for students of 1-11 grades from city schools and lyceums. On the International Children’s Day, the “Secrets of the Backstage” charity tour for socially vulnerable groups of the population was held at the Astana Ballet Theatre. 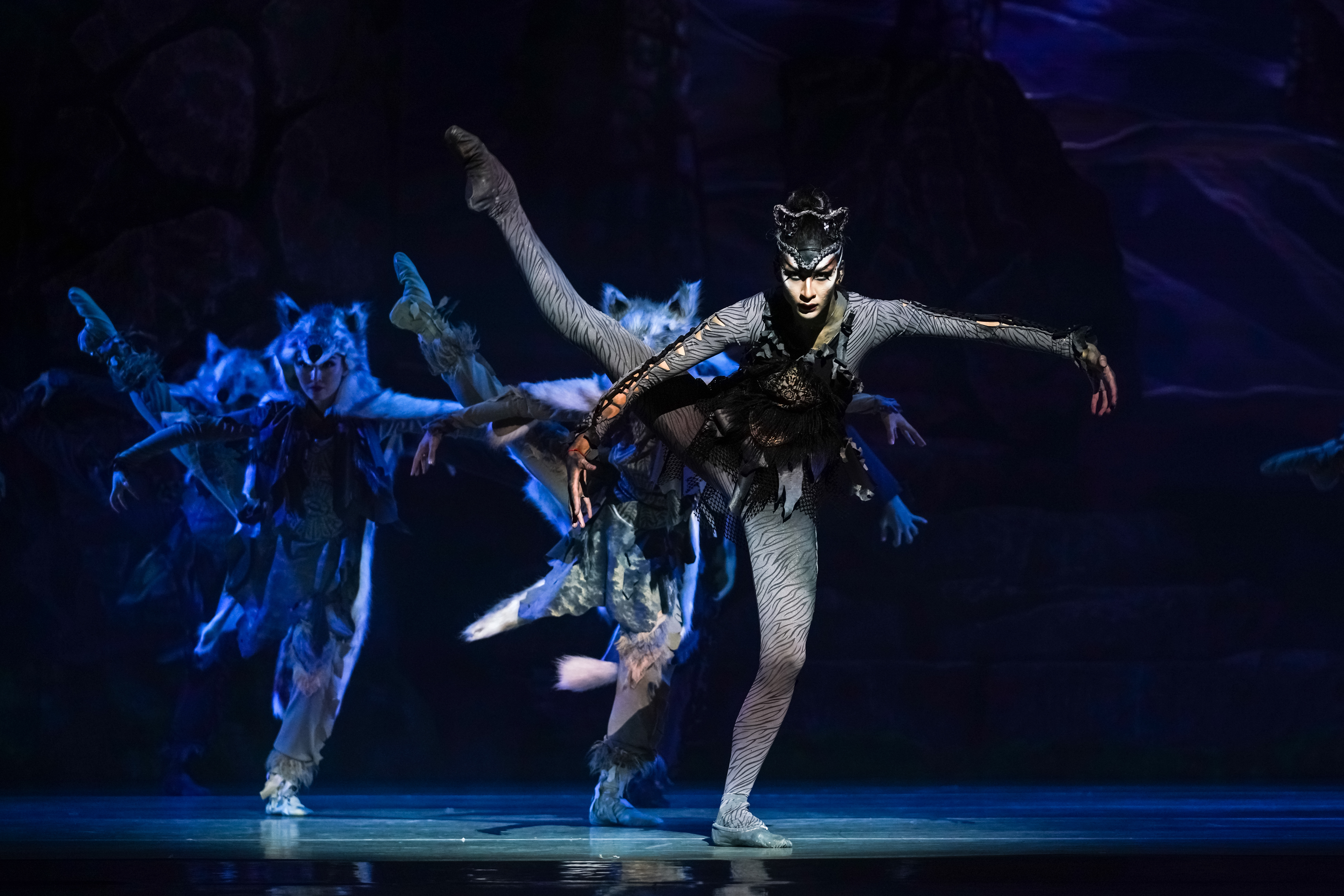 In celebration of the capital day, the premiere of the “Kozy Korpesh - Bayan Sulu’ ballet-epos staged by choreographer Heorhii Kovtun was presented, which combines the best traditions of classical, modern ballet and unique movements of Kazakh folk dance; remarkably rich and bright costumes of the characters; large-scale and fascinating scenery; amazing lighting effects and distinguished music by Aktoty Raimkulova.

The theatrical season ended with a successful guest performance in Kokshetau. The capital’s collective presented a delightful program on stage of the “Kokshetau” Palace of Culture: the “Heritage of the Great Steppe” national divertissement and the neoclassical ballet named “A Fuego Lento”. 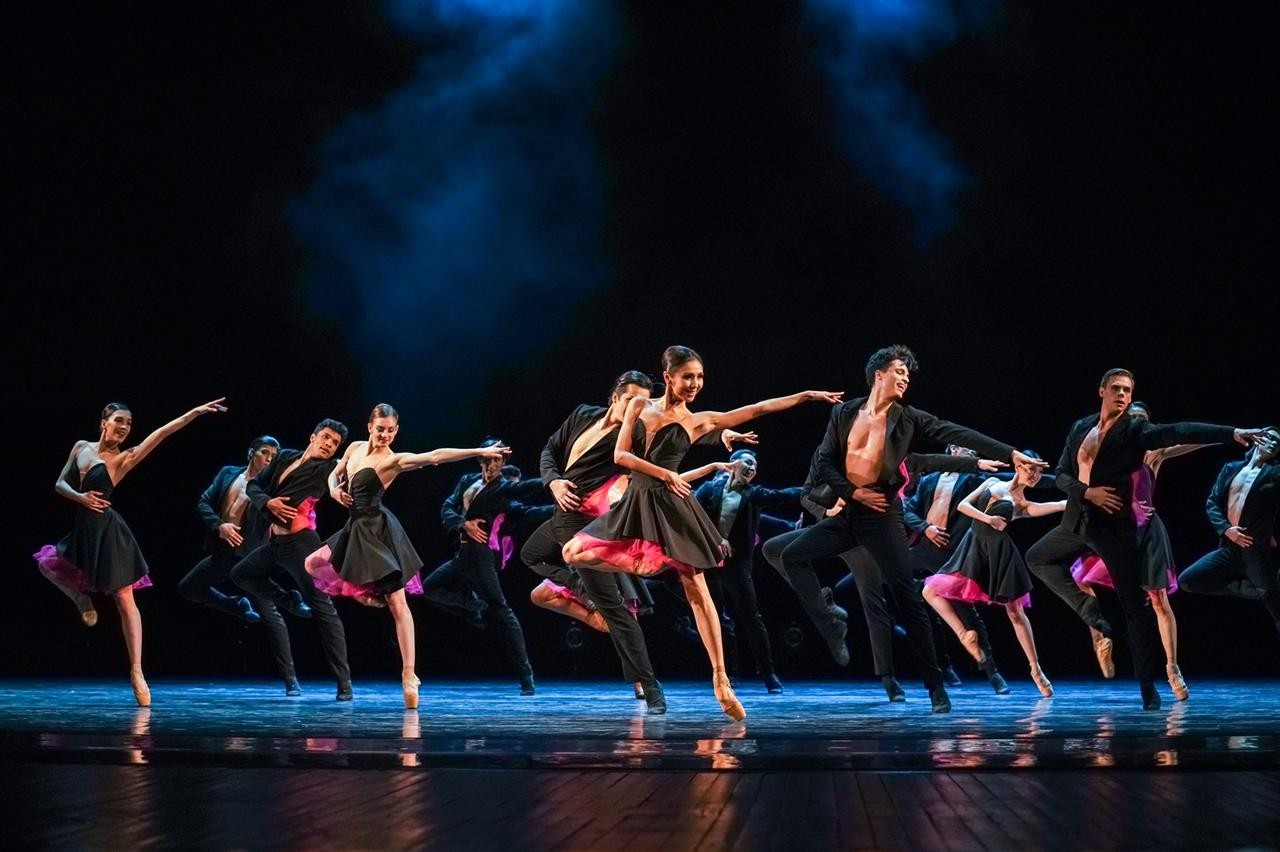 Amidst the pandemic, people of art began to master new forms of communication with the audience. Thus, AbaiTV channel broadcast such performances from the theatre’s repertoire as “Journey of a Memory” by Raimondo Rebeck, “Love Fear Loss” and “Gaia” by Ricardo Amarante, “Walpurgis Night” by Heorhii Kovtun, a gala concert and a documentary film named “The Phenomenon of Kazakh dance in the Astana Ballet Theatre”.

According to the management of the Astana Ballet Theatre, such premieres as “Rubies” by George Balanchine and “Lariats of Fate” by Mukaram Avakhri will take place in the new ninth theatrical season, and another production will become a real surprise not only for Kazakhstan, but also for the whole world.