On June 18 and 19, the premiere of “The Silk Road” ballet by Mukaram Avakhri to a libretto by Kazakhstani poet Bakhyt Kairbekov took place at the Astana Ballet Theatre with a full house. The premiere performances were a huge success, the audience warmly applauded their favourite dancers and the production group, who gave them a magical synthesis of musical and choreographic art. 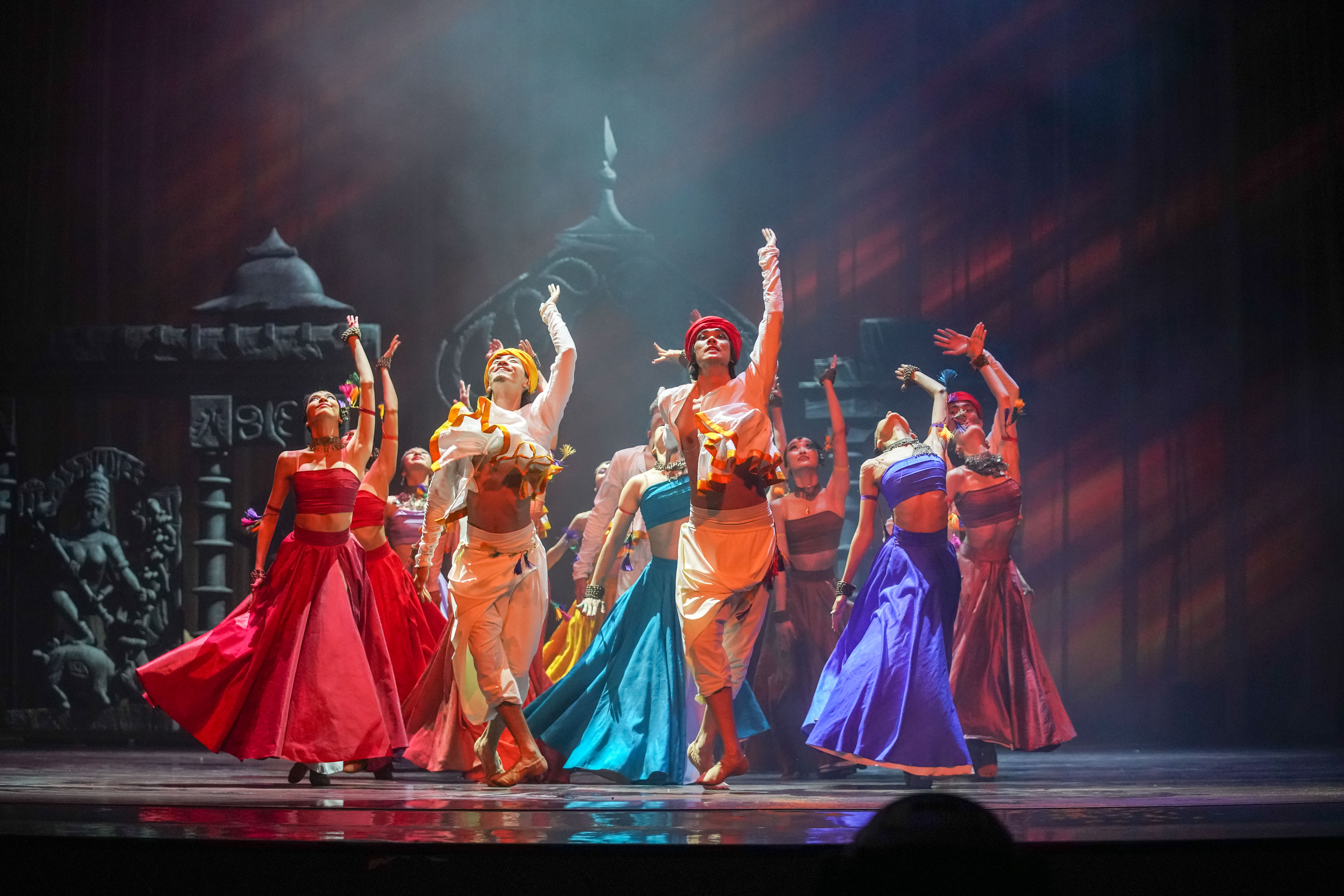 The guest of honor of the event was the Minister of Culture and Sports of the Republic of Kazakhstan Dauren Abaev, as well as the akim of the city of Nur-Sultan Altay Kulginov and the world-famous Kazakh singer Dimash Kudaibergen.

“The Silk Road” is a story about a route, about a thread that connected European and Asian civilizations that are unlike each other. This Silk thread was so strong that it eventually turned into the Great Silk Road.  Traditions, culture, and music were combined in one project. People speak different languages, and the language of art is unified – it is the language of the soul, feelings, and emotions,” Assel Issabayeva, the author of the idea of “The Silk Road” ballet, shared. 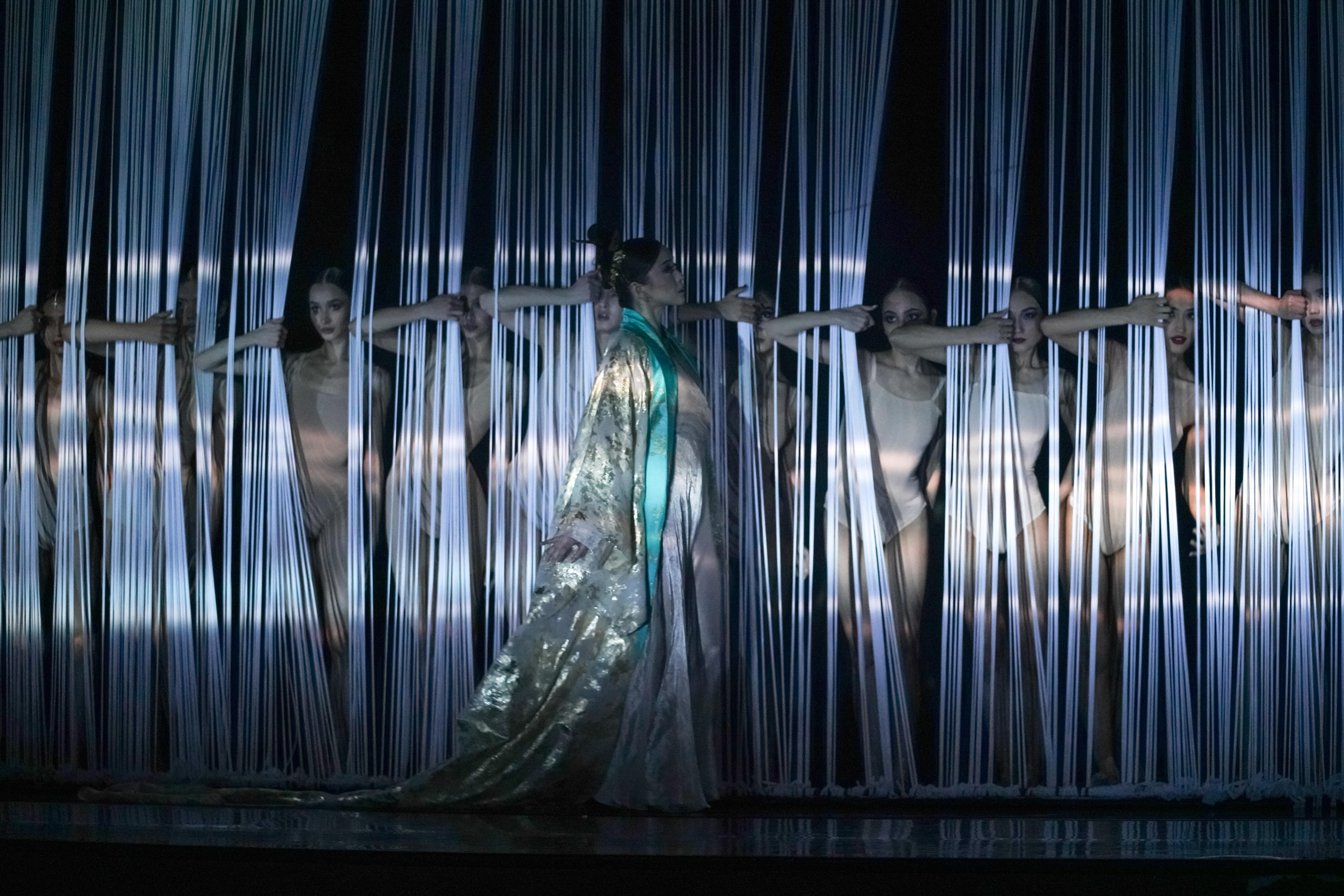 “It is not just a performance for me. This is an impulse, an opportunity to engage in creativity listening to my inner voice and intuition. The theme of the Silk Road is incredibly auspicious, and the more you immerse yourself in the idea of the performance, the more clearly you realize that it is inexhaustible and fantastically rich,” choreographer Mukaram Avakhri said. 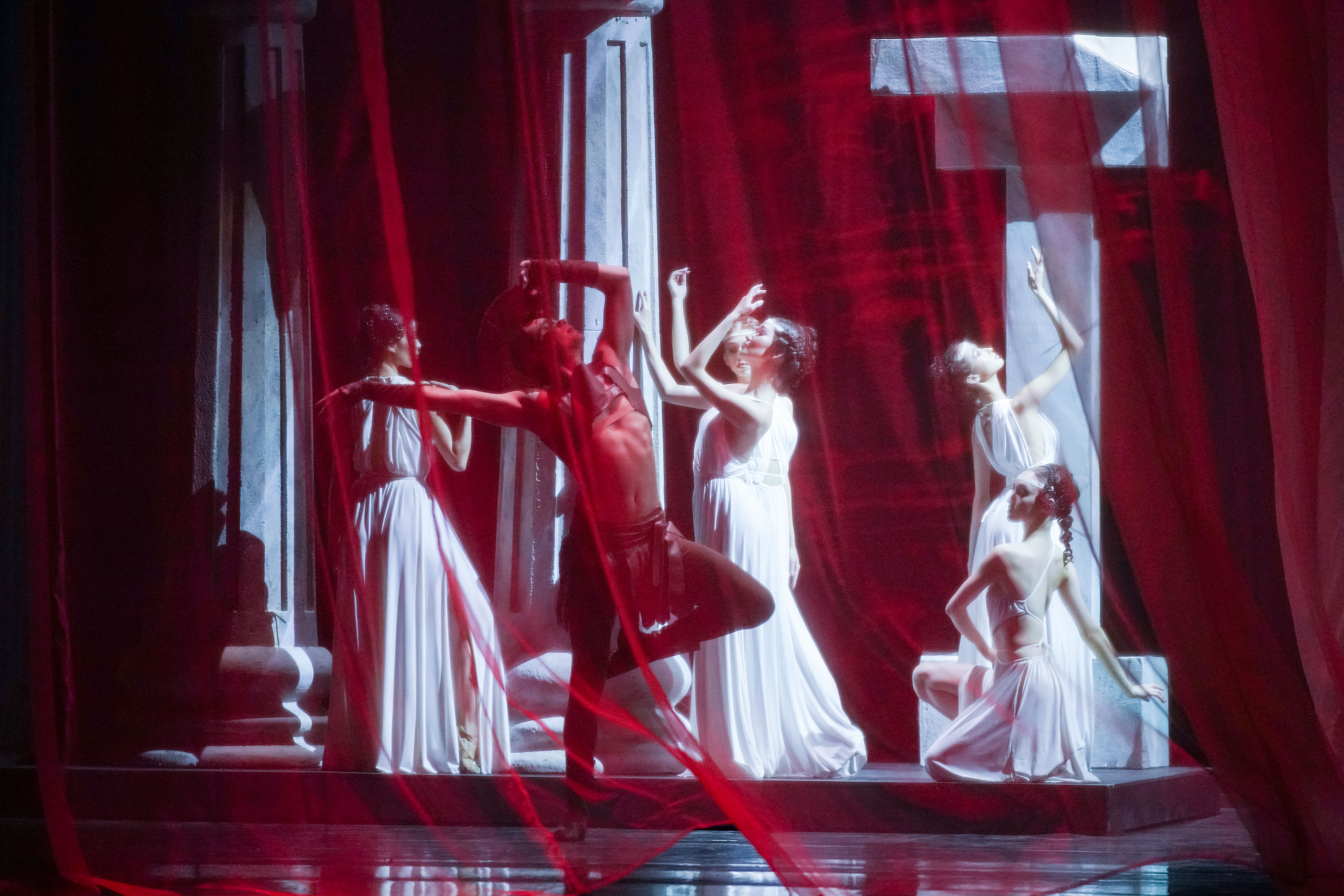 “I was inspired by the idea and when creating music, I tried to use and play live natural instruments. My task was to create a certain acoustic landscape for choreography. We have stipulated in advance and established acceptable stylistic and practical limits for the freedom of creativity of each of us, and I hope that a real artistic concept of the interaction of music and choreography has been realized as a result of our union,” composer Renat Gaissin said. 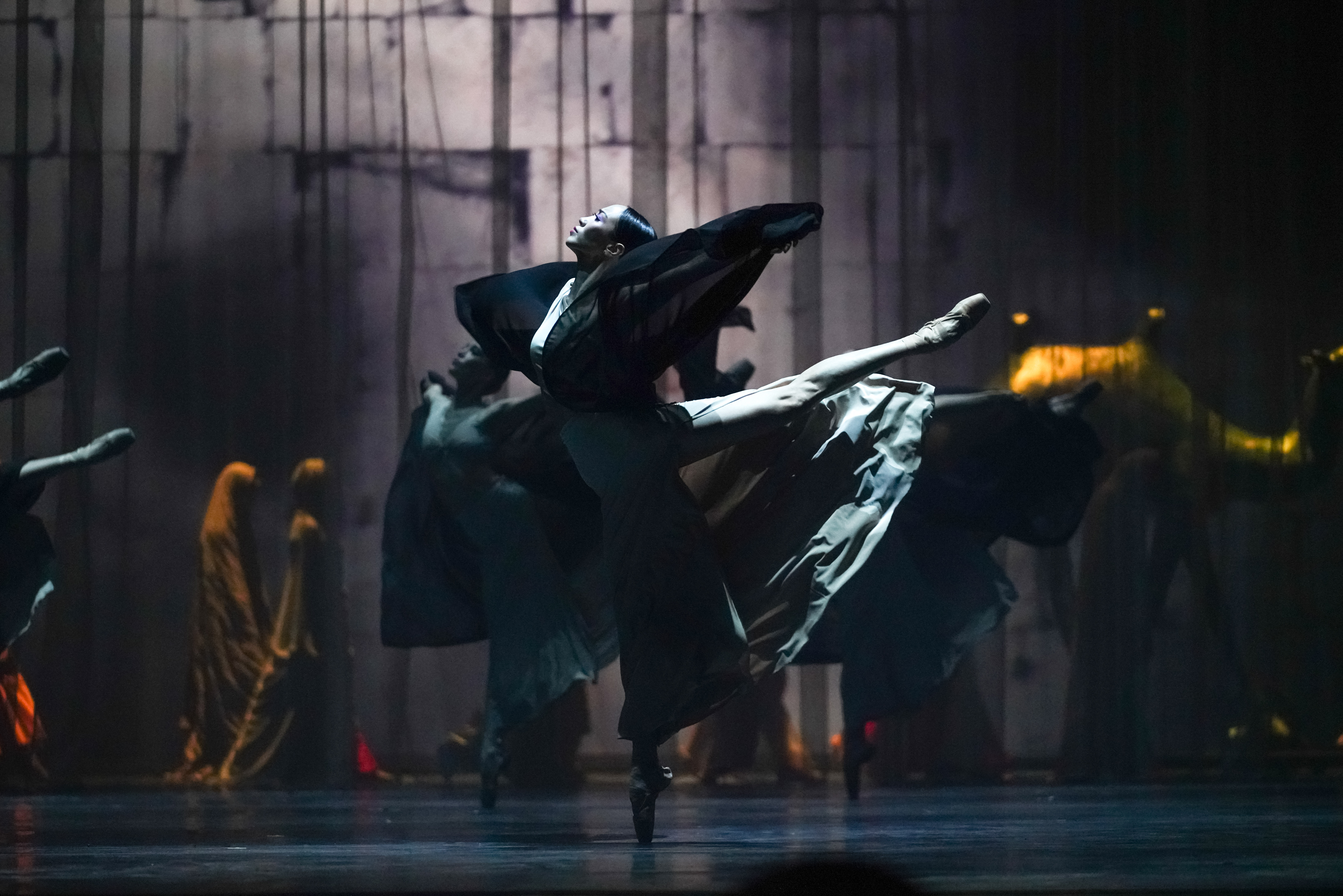 There is no main character and elaborated storyline in this performance, there is only a series of interchanging images. The images of the caravan, jade, silk, threads, and amphorae are not only expressive in themselves, but also astonishingly “scenic”, therefore they become a source of inspiration, provide fodder for imagination, for searching for plastic solutions and corresponding choreographic images.  Music and dance are timeless phenomena, and they make it possible to move freely from one civilization to another. The sequence of scenes and actions immerses the spectator in an endless path in which ideas and meanings emerge across cultures.

“Artistically, we aspired to minimalism, trying to convey an idea through an image that would immediately evoke an association with a certain culture. All the images seem to float in front of the spectator, flow into one another, turn into metaphors of life, as well as remind of its impermanence and infinite versatility,” stage designer Askar Iskakov shared. 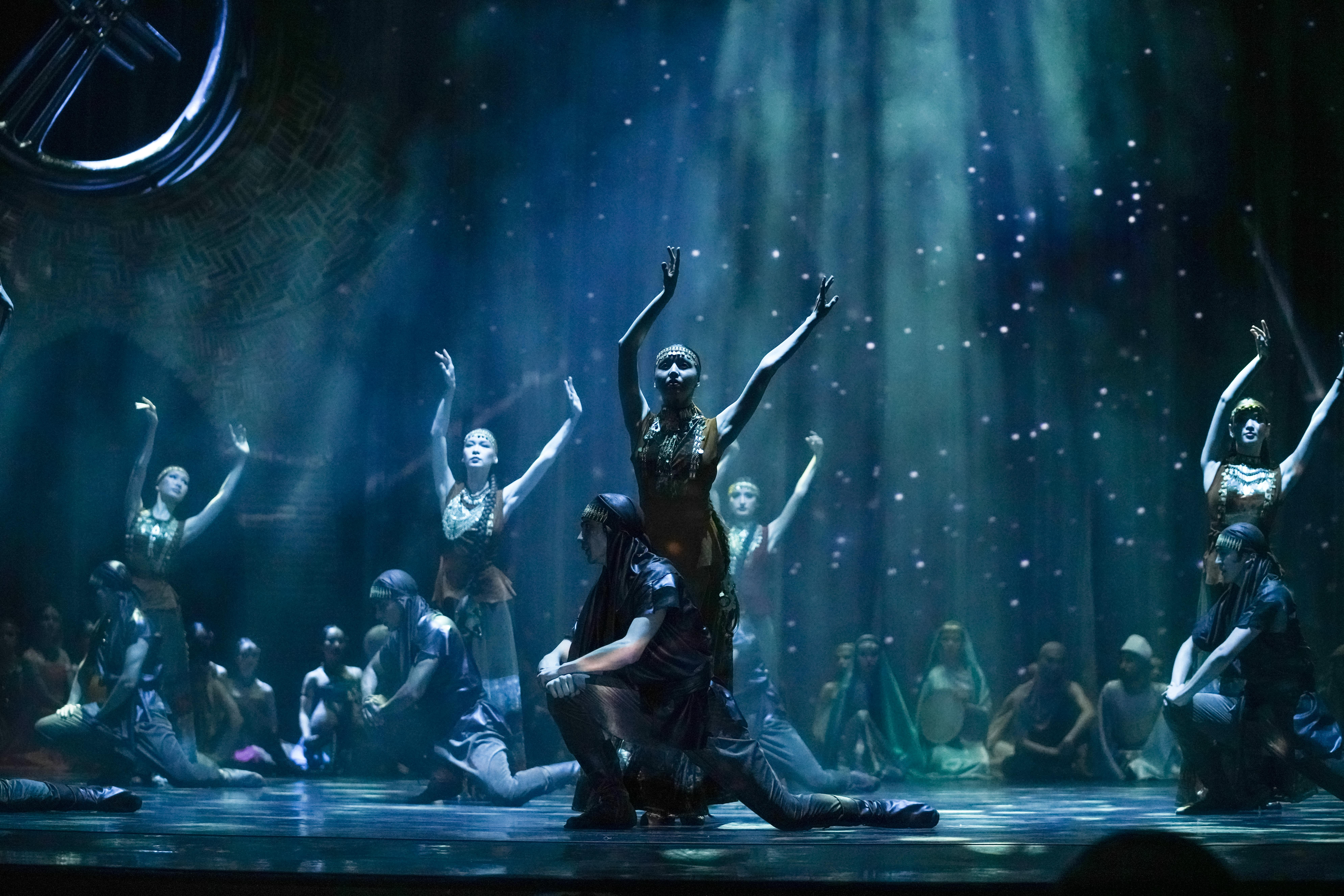 Video artist Nurlan Kerei agrees with him: “We perceive everything visually today, and it is necessary that projection, sound, light, and costumes combine into a single ensemble of unforgettable sensations. The visualization style for this production is minimalistic, and one can perceive the meaning based on the combination of shapes and colours of projections. Each spectator can give free rein to feelings and fantasies, to comprehend and interpret this production in their own way.”

“I would like to express my special gratitude to the entire production group, to all those who “stayed behind the scenes” but without whom the performance would not have been created, and of course to the audience, without whom all our creativity would be unthinkable,” Mukaram Avakhri concluded. 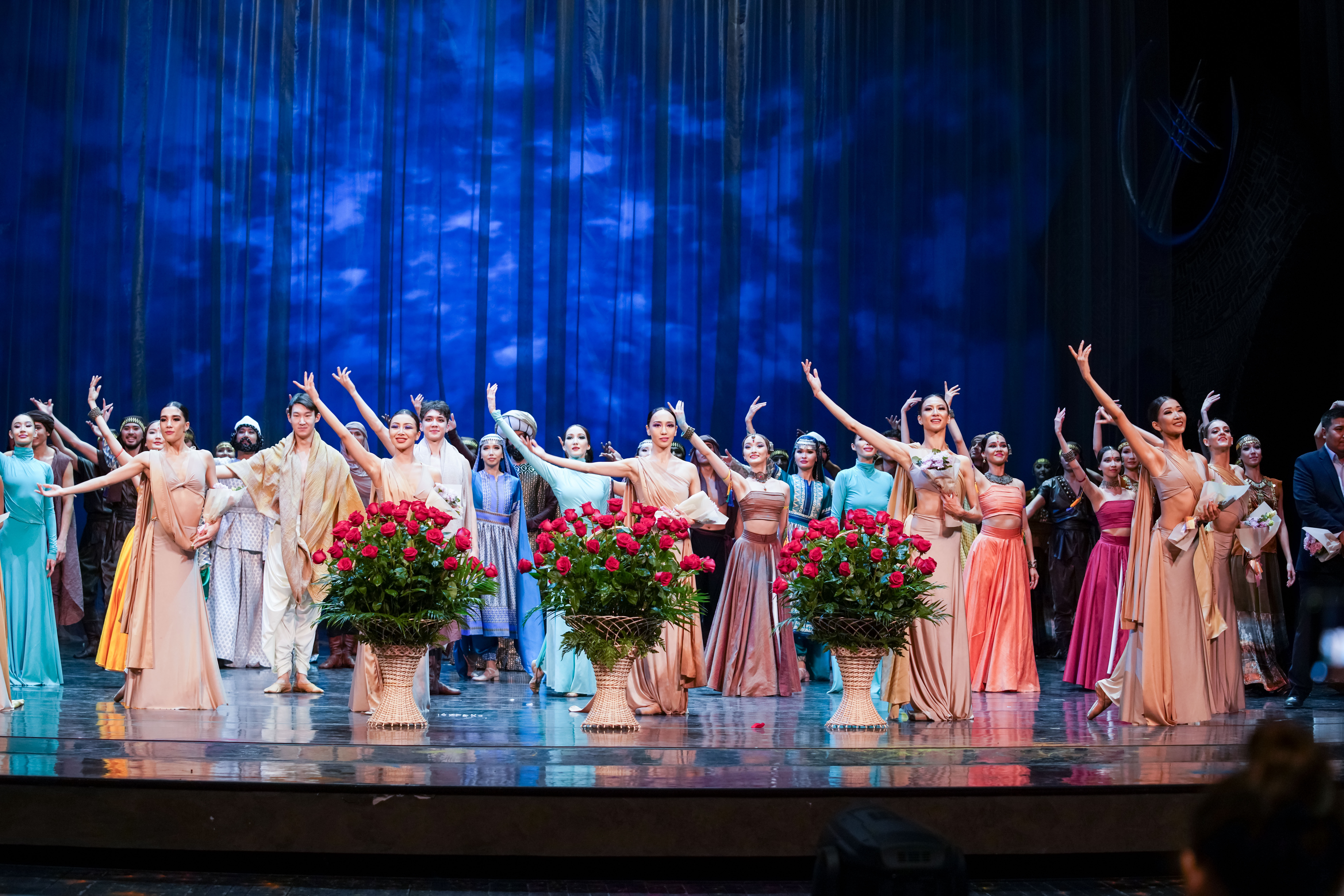 The idea of staging the ballet is implemented by the Foundation for the Development and Support of Ballet and National Dance with the assistance of the General Partner – “Samruk-Kazyna” JSC.

The premiere was held with the assistance of the Ministry of Culture and Sports of the Republic of Kazakhstan.