On November 6 and 7, the “Astana Ballet” Theater successfully held the premiere of the one-act ballet “The legend of Zheltorangy” staged by choreographer Anvara Sadykova. In collaboration with the renowned masters of Kazakhstani art - the composer Kuat Shildebayev and the author of the libretto Bakhyt Kairbekov, the choreographer managed to create a choreographic work, large-scale in its depth. 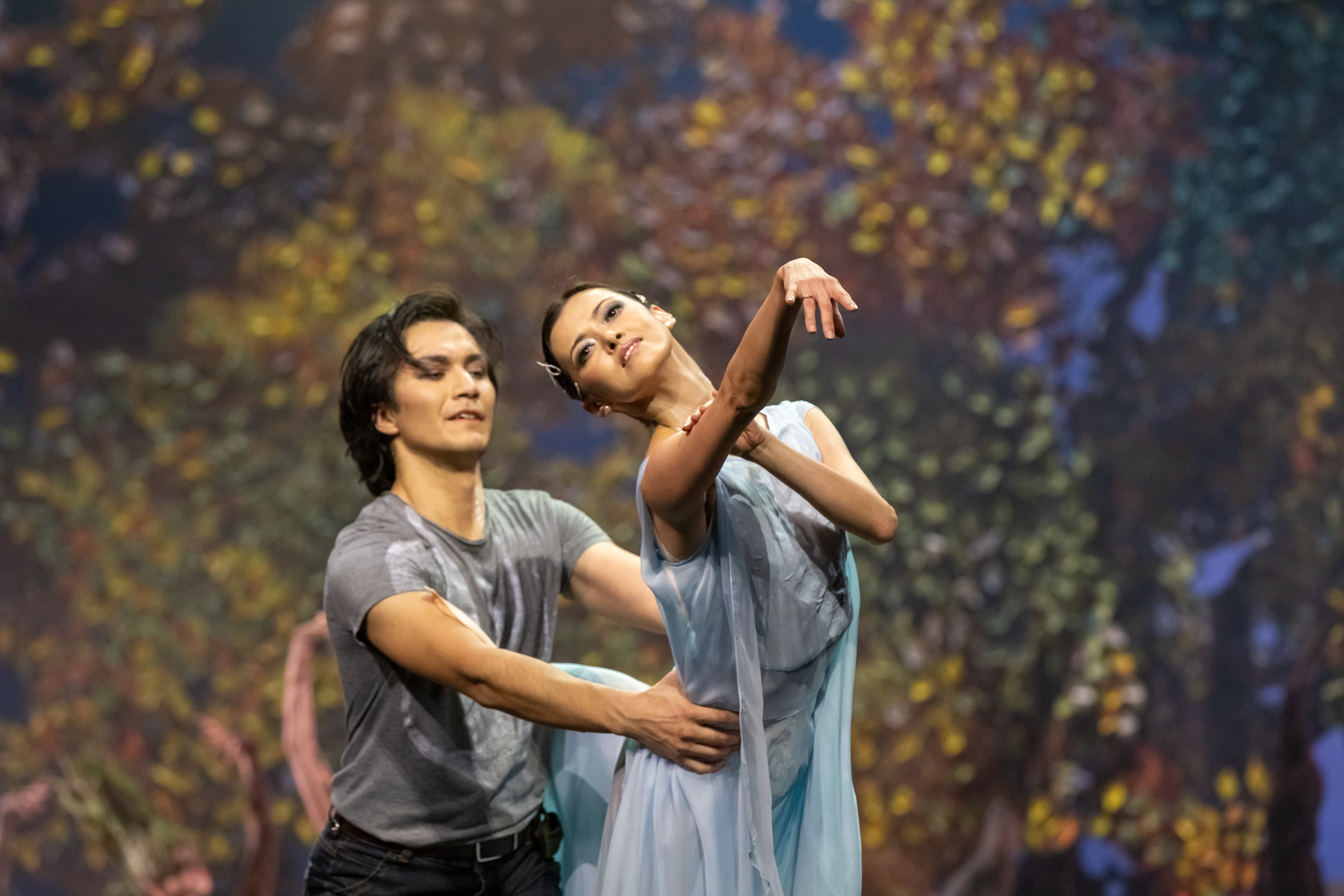 “This ballet became a manifestation of my inner feelings that I experience when I listen to Kuat Shildebayev’s music: national, and at the same time modern and understandable to today's viewers and listeners,” the choreographer notes.

The ballet is set around an amazing tree that has been growing in the vastness of the Kazakh land since ancient times. Turanga found the strength to resist the offensive of the dunes, withstood, tempered, gained powerful roots that nourished it. But uninvited guests appear and decide to cut down the tree, and a brave Young man stands up to protect Turanga. 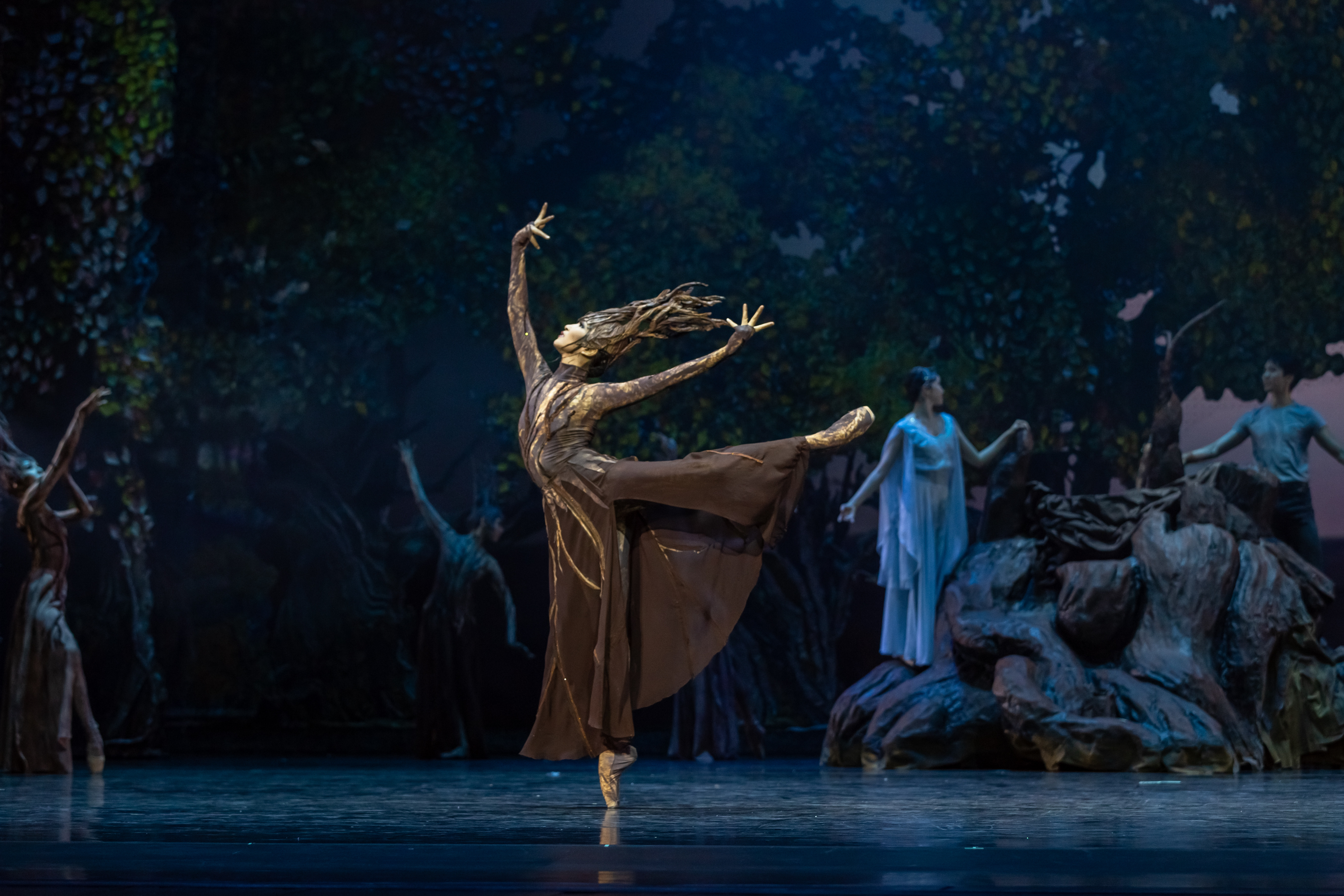 The main ideas in the performance speak of the people's resilience during trials. This power is embodied in the image of the Turanga tree. The choreographer-director also discusses the current problems of all mankind: the conflict between nature and people, which on the stage turns into a fierce battle. It clearly demonstrates the bloody consequences that come with thoughtless human intervention. “Before, people, especially our Kazakh people, believed that everything alive and everyone has a soul. Therefore, they treated everything with care: the steppe, especially since it was scarce and every tree in it was considered sacred. To see a tree in the steppe was considered a good omen. It gives a saving shadow, becomes a home for birds. And all this is the personification of beauty that is unknown to us. And it must be protected,” notes the author of the libretto Bakhyt Kairbekov. On different days, the part of Turanga was performed by the soloists of the “Astana Ballet” Theater Angsagan Kobentai and Assel Zhangaskayeva. In the role of the Young Man, the audience saw Farkhad Buriyev and Sundet Sultanov, and Turanga's soul - airy and tender - was recreated by Dilara Shomayeva and Darina Kairasheva.

“In Kazakh philosophy and culture, a special place is given to the feminine principle and the idea of ​​the spirit and fundamental principle of all living things. And in the performance, it turned into the image of the soul of Turanga, a certain forest nymph in the national interpretation,” said the leading soloist of the theater Dilara Shomayeva. The decoration of the performance was created by the masters of the “Astana Ballet” Theater. Colorful decorations and costumes emphasized the choreographer's unique plastic language based on classical dance combined with the richest vocabulary of Kazakh dance.

“I was looking forward to the premiere. I was lucky to be among those who managed to buy a ticket and see this amazing ballet with my own eyes. Every detail in the performance is in harmony with each other, be it music, choreography, scenery or video. And how many moments there were when it was truly breathtaking! The artists are in excellent shape, very convincing and charismatic,” said the spectator Nurgul Esengeldy. By the way, soon the troupe of the capital's theater will delight the audience with another premiere. On November 21, a one-act ballet "Triumph" will be shown staged by Ainur Abilgazina, a young choreographer and leading soloist of the “Astana Ballet” Theater. On November 14, a one-act ballet "Salome" by Mukaram Avakhri and "Longing" by Ricardo Amarante will be shown.