Results of the year at the Astana Ballet Theater

At Astana Ballet, the New Year traditionally began with a show of Pyotr Tchaikovsky's Nutcracker, one of the most famous ballets in the world. The lead roles were performed by artists from the Mariinsky Theater: prima ballerina Oksana Skorik and soloist Yevgeny Konovalov. In addition to professional artists, the performance was attended by students and students of the Kazakh National Academy of Choreography. 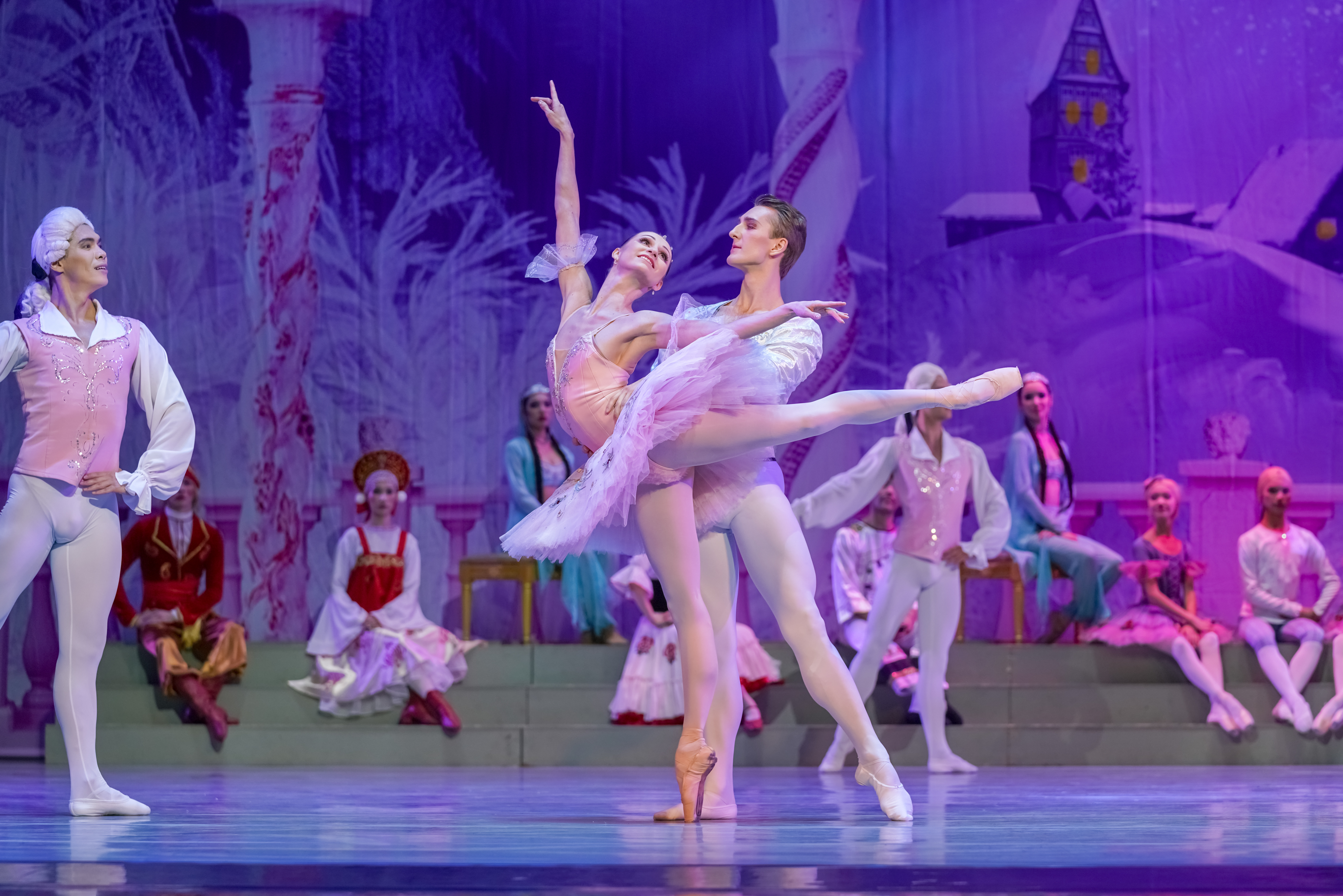 On the eve of International Women's Day, a grandiose gala concert was held with the participation of brilliant soloists of the leading ballet theaters of the country "Astana Ballet", "Astana Opera" and KazNATOB, which included both masterpieces of the classical heritage and modern choreographic performances.

The unique program “Heritage of the Great Steppe” was replenished with the choreographic miniature “The Four Seasons” to the music of the ethno-folklore ensemble “Hassak” and the production of “Kyz sagynyshy” to the music of the composer Shamshi Kaldayakov, arranged by accompanist Kuralai Kanapina. 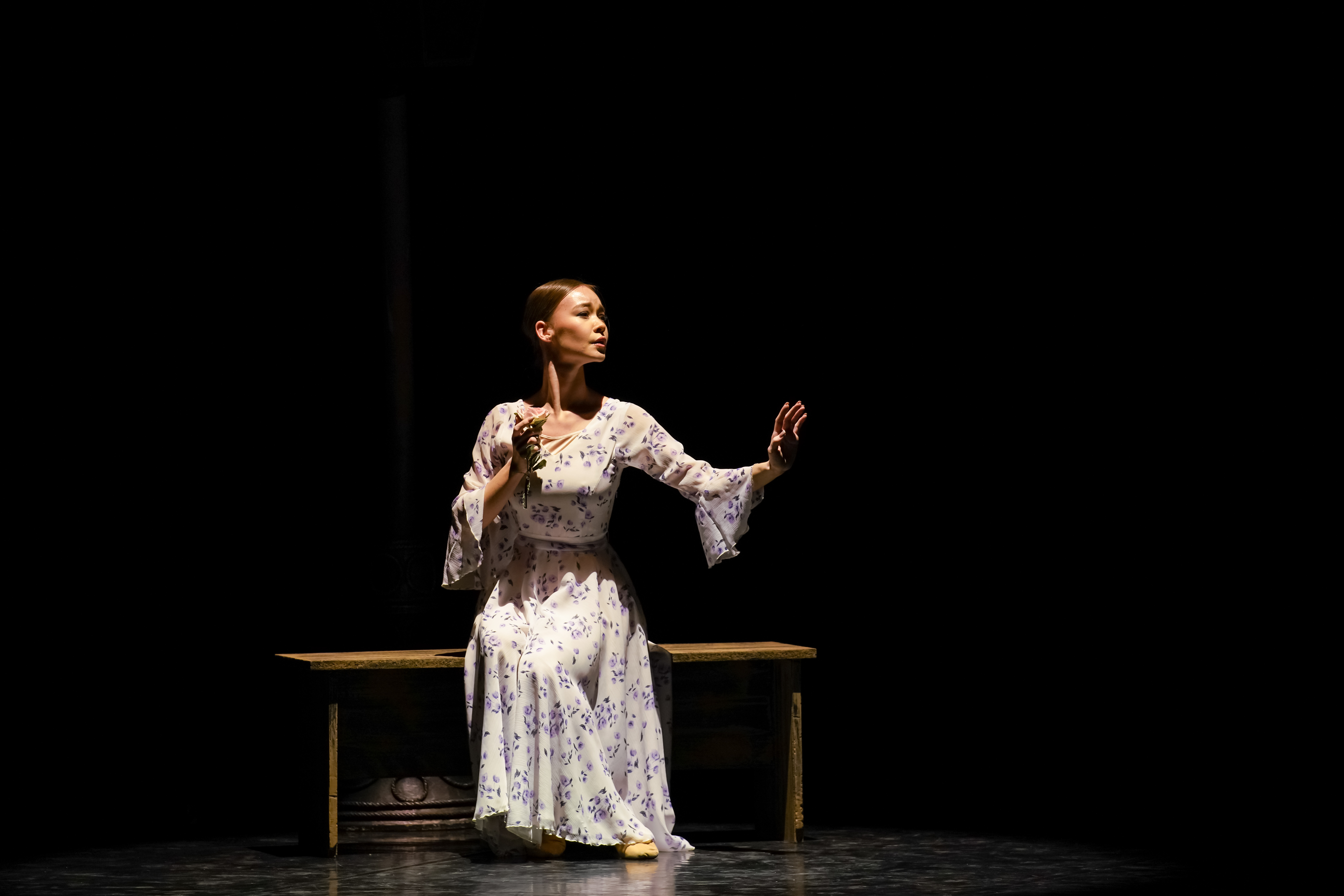 An educational project was also implemented within the framework of the Children and Theater initiative: a series of excursions entitled “Secrets of the Behind the Scenes” was held for students in grades 1-11 of city schools and lyceums. And on the International Children's Day, Astana Ballet hosted a charitable excursion “Secrets of the Behind the Scenes” for socially unprotected segments of the population.

In honor of the day of the capital, the main premiere of the eighth theatrical season took place - the ballet "Kozy Korpesh - Bayan Sulu". The pearl of romantic epics staged by choreographer Georgy Kovtun combines the best traditions of classical, modern ballet and the unique movements of Kazakh folk dance; unusually rich and bright costumes of the heroes; large-scale and mesmerizing scenery; amazing lighting effects and catchy music by Aktota Raimkulova. 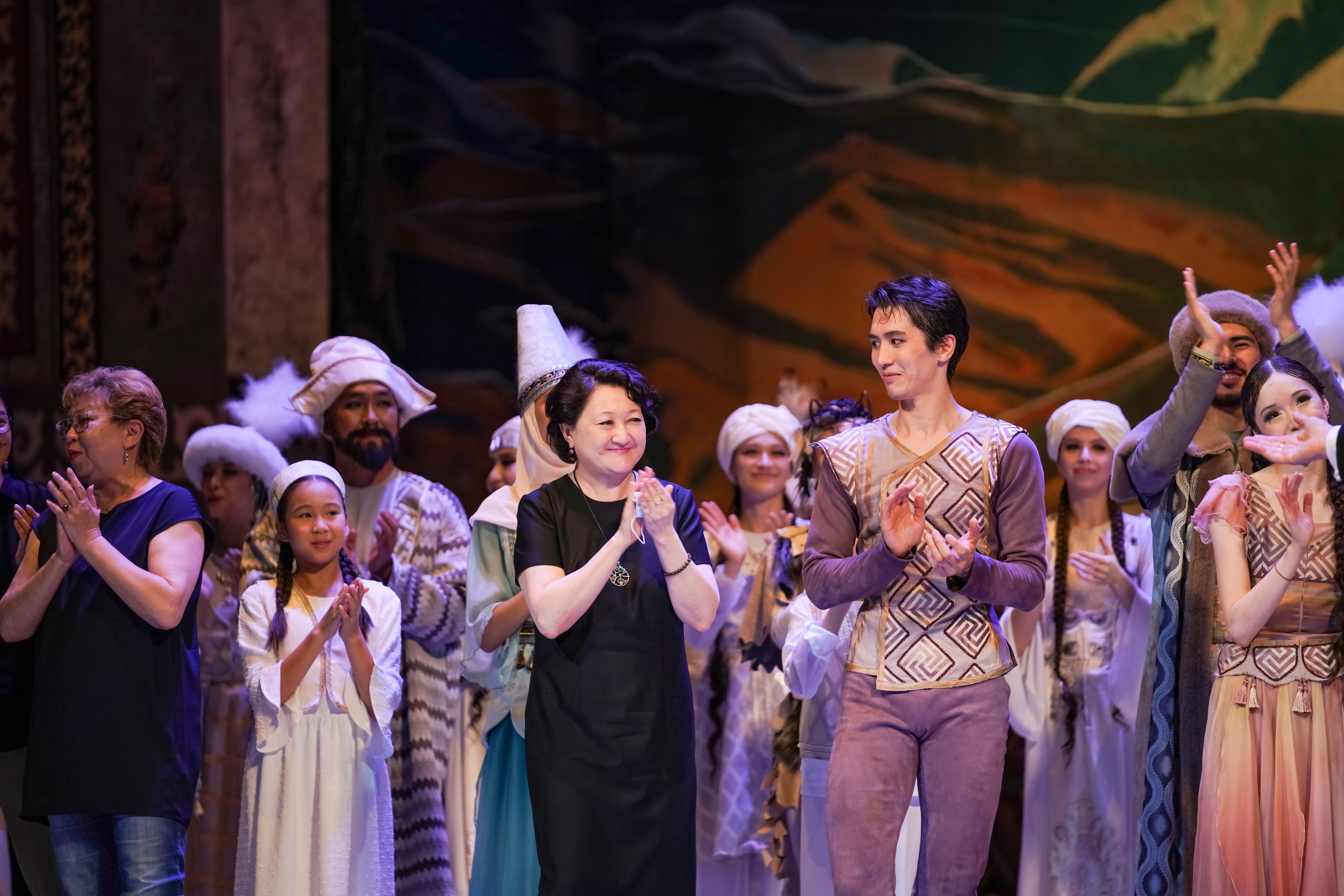 In 2021, the Astana Ballet Theater successfully expanded the geography of its touring activities: the capital's collective visited Kokshetau and Uralsk, where it presented the Heritage of the Great Steppe divertissement in the author's interpretation of the Honored Worker of Kazakhstan Aigul Tati and the neoclassical ballet A Fuego Lento by Ricardo Amarante, and Semey and Turkestan with the best examples of national choreography, which immersed the audience in the atmosphere of a fantasy journey across the vast Kazakh steppe. The first tour of the theater took place in the UAE: on the stage of the Dubai Opera, two large-scale performances were presented, which are united by the captivating beauty of the East - the cult performance “The Legend of Love” and the ballet “Sultan Beibars”. The program captivated the audience with expressive plasticity, unique images and beautiful costumes. 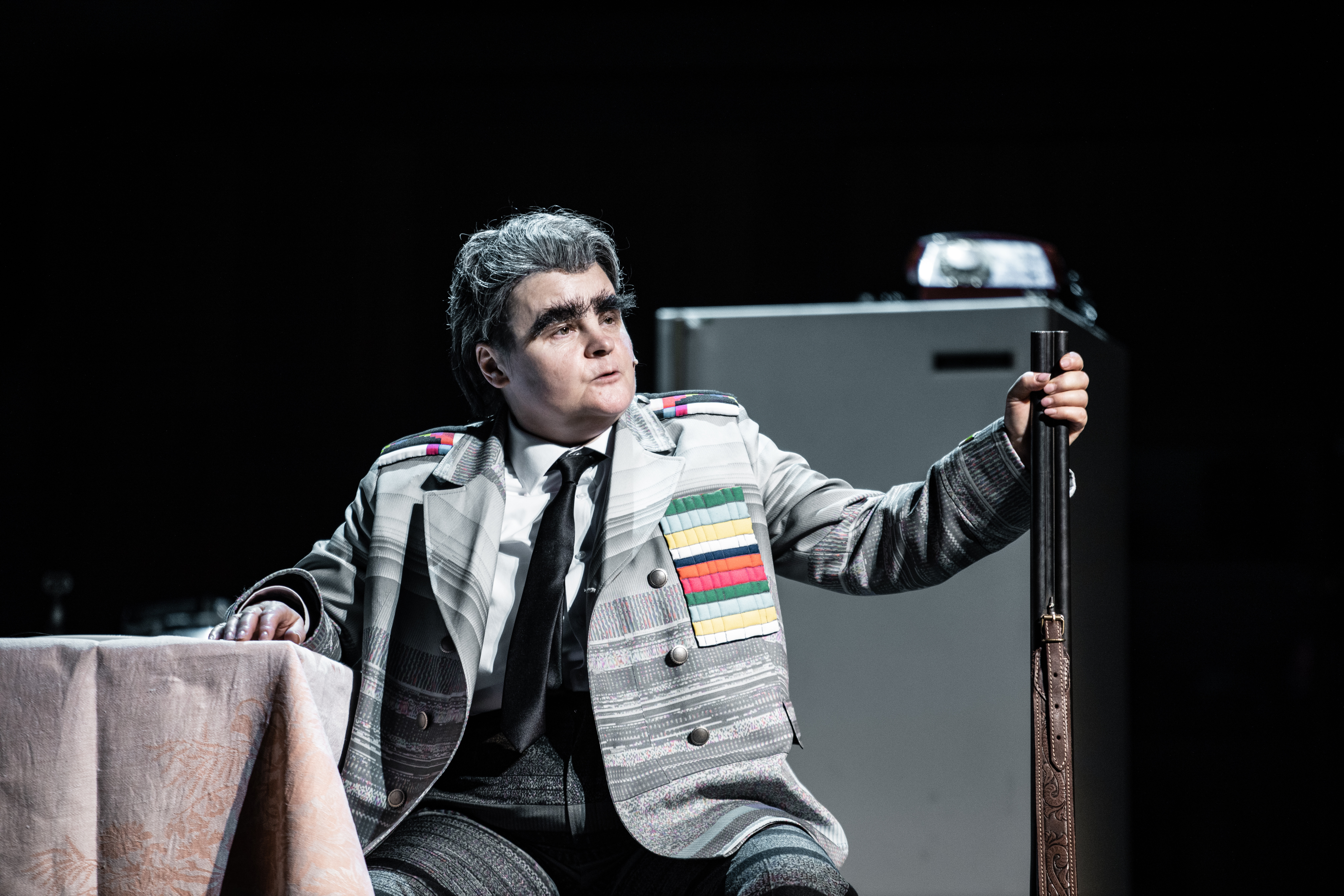 In October, the Theater on Bronnaya went on tour with great success: Sasha Denisova's performance "The Bat Man vs. Leonid Ilyich Brezhnev" was presented on the stage of the Astana Ballet Theater as part of the international theater festival TEATR ALL Nur-Sultan theater week. 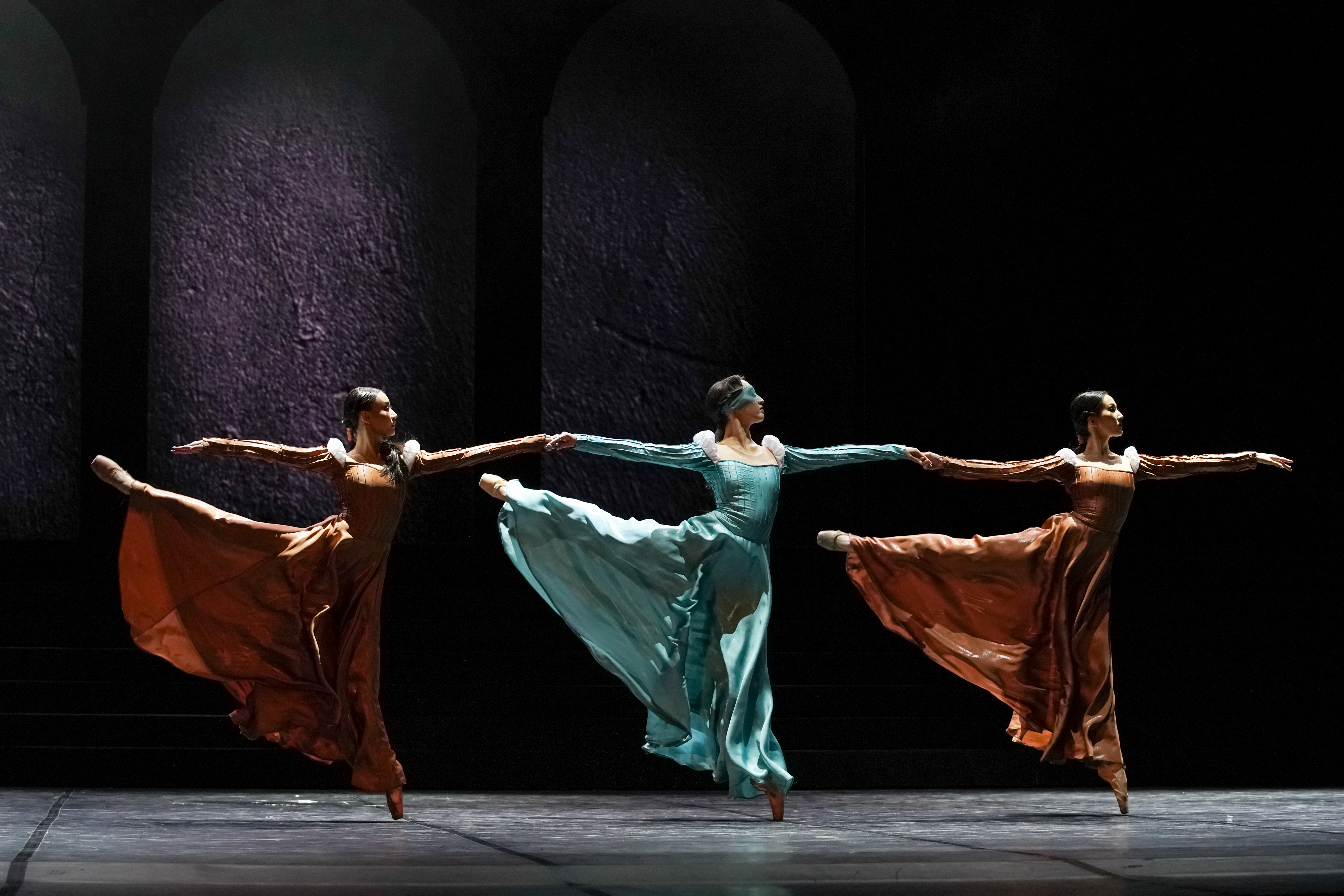 November turned out to be unusually fruitful for premieres. In the field of choreographic art alone, the premieres of three outstanding ballets took place. This is the colorful Romance of a Rosebud and a Moth by the outstanding choreographer Marius Petipa to music by Ricardo Drigo, revised by the famous choreographer Vasily Medvedev, presented by the Kazakh National Academy of Choreography at the Astana Ballet Theater. And finally, two really long-awaited premieres appeared in the playbill - the neoclassical masterpiece Capriccio for Piano and Orchestra by G. Balanchine to music by I. Stravinsky and the original ballet Arcana of Fate, written by the famous musician K. Abdullina, choreographed by M. Avakhri. It should be noted that for the first time the performances were accompanied by the symphony orchestra of the Astana Ballet Theater under the baton of Arman Urazgaliev. 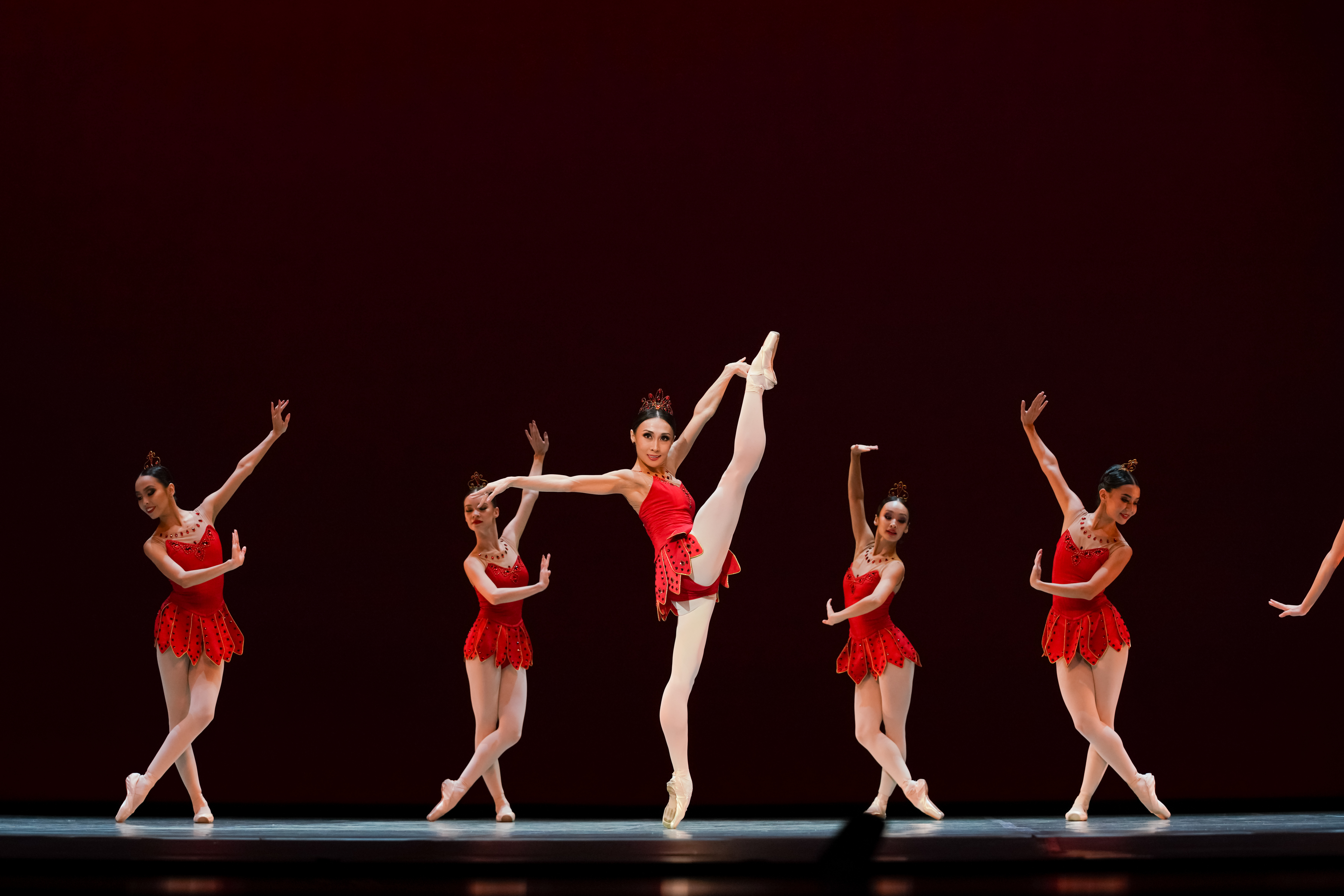 For the first time, within the framework of cooperation between the two theaters, the Astana Opera Ballet Company performed on the Astana Ballet stage with an amazing program: M. Fokine's one-act performances Chopiniana to the music of F. Chopin and Scheherazade to the music of N. Rimsky-Korsakov, and also Gala ballet with leading soloists. 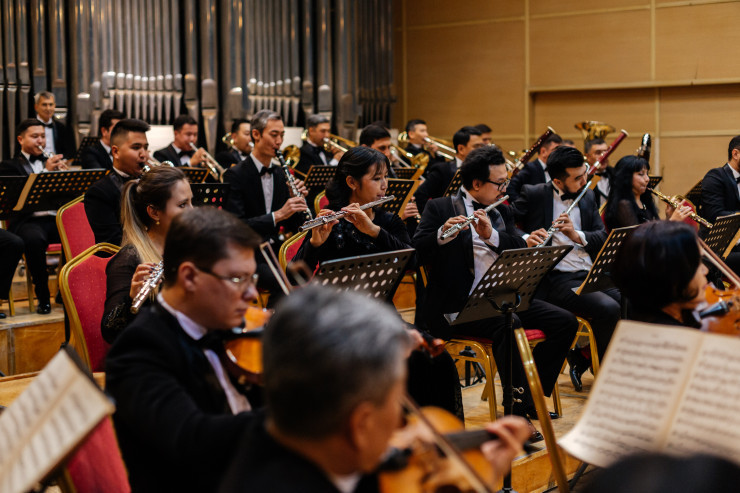 It is worth noting that in December Astana Ballet presented the festive program New Year's extravaganza, which included fragments from the ballets The Nutcracker, Cinderella, The Arcana of Fate, arias from famous operettas and, of course, the atmosphere of magic and New Year's mood ... For the first time, the theater hosted New Year's shows, where little spectators could feel the atmosphere of a fairy tale, go on an exciting journey to the land of magic and adventure with Marie and the Nutcracker, fight the Mouse King and meet Santa Claus. And the year 2021 ended as magically as it began - with the annual show of the ballet-extravaganza "Nutcracker" by P. Tchaikovsky, which left no one indifferent.