The Astana Ballet Theatre announced the concert named “Music Tour. The way back home”, Elmar Buribayev will stand at the conductor’s desk. On October 1 the concert of the Symphony Orchestra of the theatre dedicated to the International Music Day will be held with the assistance of the Ministry of Culture and Sports of the Republic of Kazakhstan. 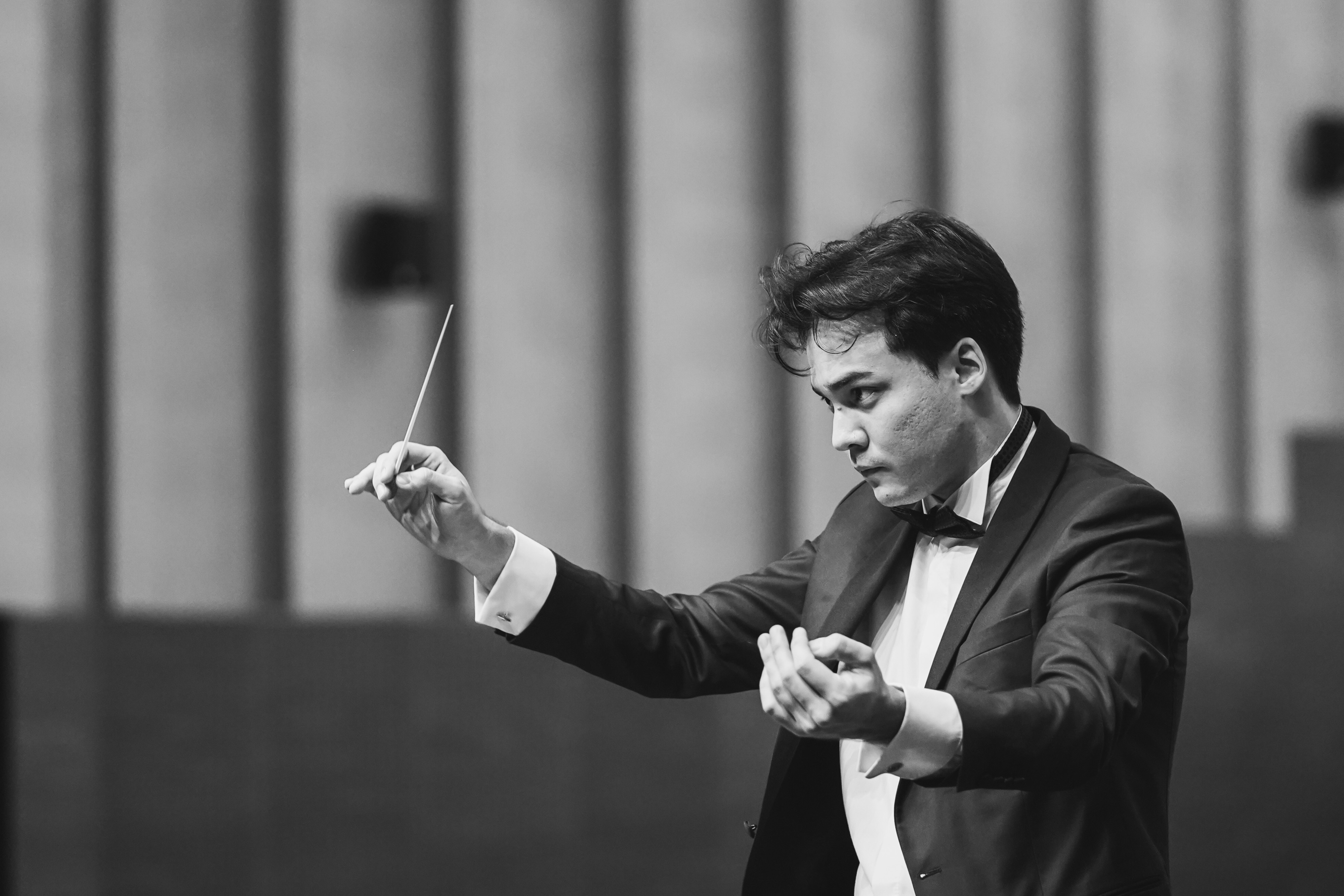 The orchestra, which made its brilliant debut last season, has great creative plans, and a lot of fresh and interesting ideas. They include expanding the repertoire and geography of performances, and most importantly, introducing promising, interesting young and experienced soloists and conductors to the musical community.

“I am excited to present our joint concert to the capital audience. The young orchestra of the Astana Ballet Theatre shows highly professional training and is ready to discover new creative horizons. We would like to invite our dear listeners to dream under Debussy’s French “Moonlight”, to dance around the joyful Viennese “Kaiser-Walzer” by J. Strauss, to favour Khachaturian’s scintillating “Lezghinka”, as well as to imagine themselves among the English aristocrats in Elgar’s “Enigma”. Certainly, the “Voice of Asia” by A. Bestybaev will make you feel the fascinating power and inexorability of the solemn procession, while the contrasting piece of the “Dance of Comedians” by B. Smetana will take us to a festival in a Czech village. “Spanish Capriccio” by N. Rimsky-Korsakov will make you recall the bright blazing palette of the Pyrenees, and while listening to the “Adagio” from the ballet of Azerbaijani composer A. Melikov “The Legend of Love” one can feel the sincerity of the feelings of the young characters of this ballet. The swiftness and excitement of music enrapture spectators while listening to the “Invasion of the Tatars” from the ballet “The Fountain of Bakhchisaray” by B. Asafyev, and the joyful presence at the Kazakh national feast in the Dances from the opera “Abai” by A. Zhubanov and L. Khamidi will complete our musical journey,” Elmar Buribayev shared.

There is no doubt that the audience will appreciate the creative collaboration of the young conductor and the orchestra of the Astana Ballet Theatre, which will allow them to immerse themselves in the unique atmosphere of bright revelations and unexpected discoveries. 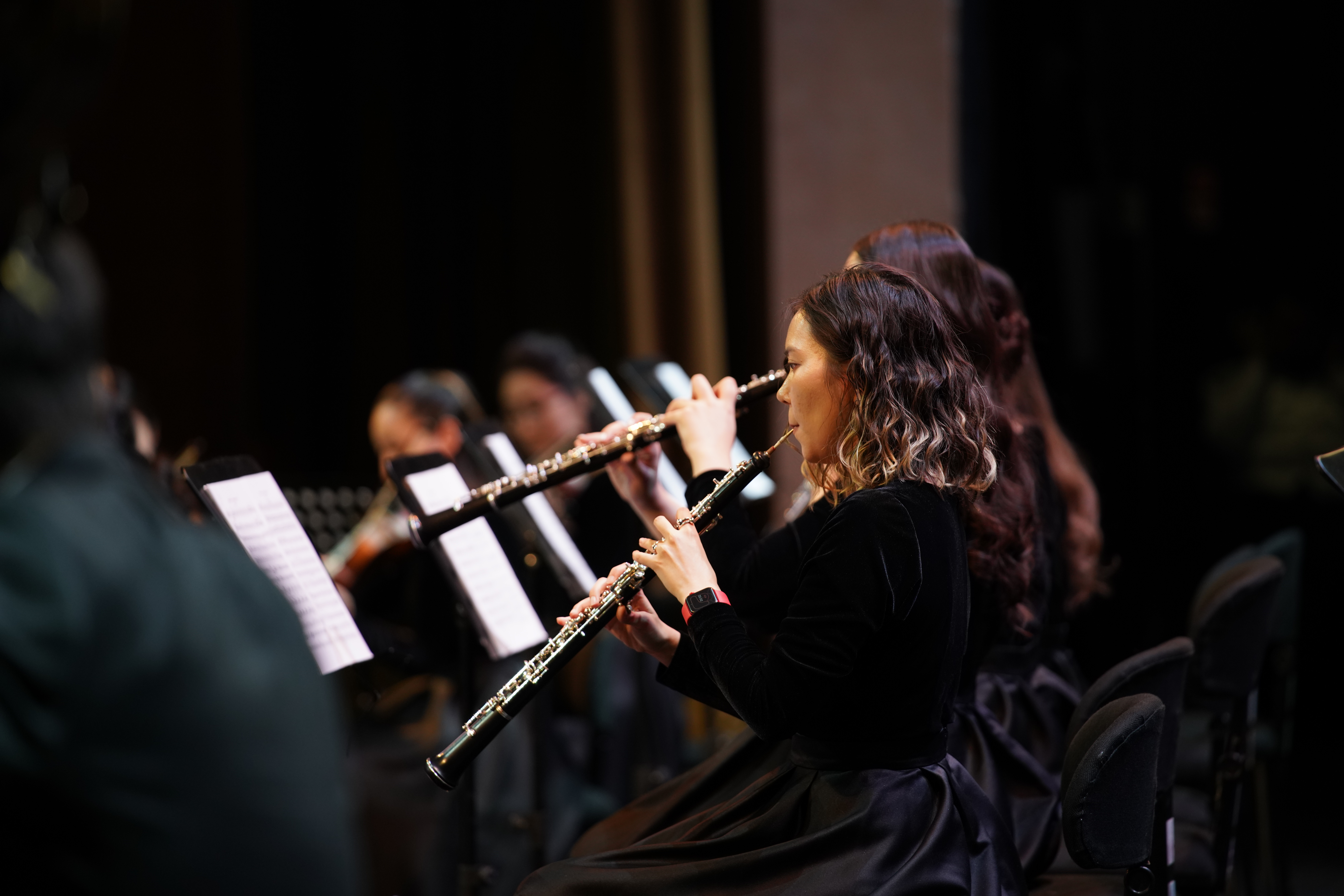 “October 1 is a holiday for musicians from all over the world, and we are glad to present this festivity to the audience of Astana Ballet. We hope that this concert will become a tradition in our theatre and will delight even more admirers of classical music in the future. The name of the concert in English sounds like “Music Tour. The way back home”, and this is no accident, because spectators, together with the orchestra performers, will make a journey from Europe to the native immense steppes of Kazakhstan. Our young collective enthusiastically received the new conductor, who, despite his young age, has already managed to gain a reputation of a competent specialist not only in Kazakhstan, but also in Europe, and the collective wishes him a successful premiere in our theatre," said chief conductor Arman Urazgaliyev.

Elmar Buribayev is a new name in Kazakh classical music. He is a diploma winner of the international competition of Opera and Symphony conductors in Romania. Elmar Buribayev graduated from the Giuseppe Verdi Milan Conservatory and the Academy of Public Administration under the President of the Republic of Kazakhstan. He conducted orchestras in Bulgaria, Romania, and Italy. In 2022, he made his debut at the Mancinelli Theatre (Orvieto, Italy) with the opera “La Boheme” by G. Puccini.