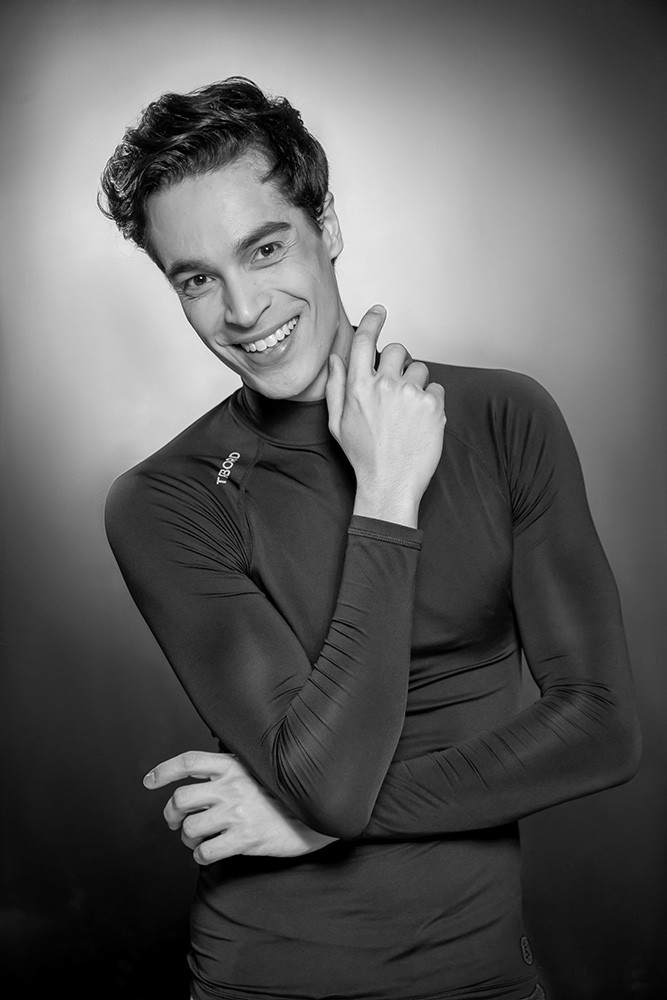 In 2016 graduated from the Eliza Ballet Academy.

From 2016 to 2019, he was the coryphaeus of ballet in the Sarasota ballet troupe, where he performed in solo parts in the performances of F. Ashton, G.Balanchine, D. Bintley, N. de Valois, M. Graham, M. Petipa, J. Robbins, U Tuckett, E. Tudor, C. Wheldon and P. Wright.

In the troupe of the “Astana Ballet” Theater since 2019.

Arcana of Fate, The Silk Road - choreography by Mukaram Avakhri

Bronze winner of the international competition of ballet dancers Genet in Belgium (2014).